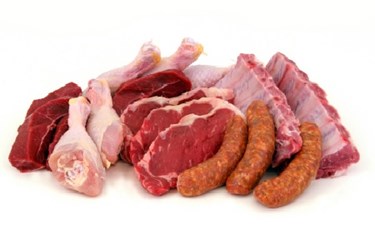 To help eliminate microorganisms in meat and poultry, researchers have developed a method to incorporate antimicrobial agents into an edible film with encouraging results

The incorporation of antimicrobial agents into edible films that are used on foods to seal in flavor, freshness, and color, can improve the microbiological safety of meats.  The films are made of pullulan, an edible, nearly tasteless, transparent polymer that is produced by the fungus Aureobasidium pullulans. Researchers at Penn State’s College of Agricultural Sciences evaluated the effectiveness of film containing oils from plants, such as Rosemary and Oregano, and nanoparticles against various foodborne pathogens commonly associated with meat and poultry.  Results from these tests showed that the pathogens were significantly inhibited by the antimicrobial films.

The study was conducted by treating bacterial pathogens with 2 percent Oregano essential oil, 2 percent Rosemary essential oil, and either zinc oxide nanoparticles or silver nanoparticles and then observing pathogen survivability.  The compounds were then put into edible films made from pullulan.  The researchers observed the antimicrobial activity of these films against pathogens.  Lastly, the researchers injected fresh, ready-to-eat poultry and meat products with bacterial pathogens and then treated them with the antimicrobial films.  The poultry and meat were then vacuum sealed and monitored for bacterial growth following refrigeration storage of up to three weeks.

Improving Quality Assurance In The Meat And Seafood Cold Chain

The end results show that the edible films have the potential to improve the safety of refrigerated or fresh meat and poultry products.  Application of the edible films has the double benefit of releasing antimicrobials and imparting protective characteristics into the food.  Antimicrobial film has an advantage over other methods of antimicrobial agent delivery because the bacteria-killing action lasts longer.  For example, liquid applications run off the surface, are not fully absorbed, and are overall less effective.  By contrast, the films adhere to the meat, allowing the antimicrobials to slowly dissolve.  This provides immediate elimination of bacteria and removes the opportunity for any microorganisms to regrow.  However, since the film is not oxygen-impermeable, it is not likely to be used as primary packaging.