Kraft Cuts "Steak" From A.1. Sauce As It Continues Adapting To Consumer Preferences 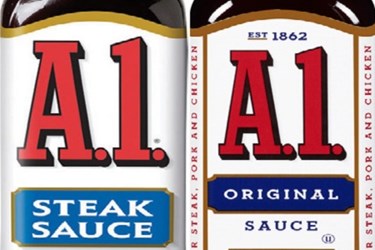 These days, many consumers are becoming more interested in healthier eating, which has caused some food manufacturers to rebrand themselves to an evolving consumer base. With A.1. Sauce, Kraft Foods has done just that by dropping “steak” from the name and label in an effort to reinvent the sauce’s image. With the popularity of beef declining over recent years — and the popularity of other proteins, such as chicken, rising — Kraft’s move to separate A.1. Sauce from red meat after a five decade-long attachment is necessary to keep the brand relevant. In 2005, A.1.’s share of the table sauce market was 2.1 percent; by 2013, this number had decreased to 1.7 percent.

Kraft originally put “steak” on the label of its A.1. sauce in the 1960s when red meat’s popularity was surging. However, healthier eating habits and rising beef prices have pushed many consumers toward other food choices. Kraft’s research indicates that many of A.1.’s most loyal customers were already using the sauce on chicken, pork, shrimp, and even French fries. Overall, steak accounts for about 65 percent of A.1. consumption. By removing “steak” from the label, coupled with a new advertising campaign, Kraft hopes to attract new consumers and inspire existing customers.

Kraft is not the only food manufacturer to recently give products a new image in hopes of expanding its consumer base. Coca-Cola and PepsiCo have worked to give bottled water a greater appeal through the introduction of liquid water enhancers. Some food and beverage manufacturers, such as Goya and Dr. Pepper Snapple, have broadened product reach by tailoring products to a Hispanic audience. Additionally, many food producers have introduced organic food lines to entice customers wary of additives and GMOs.

The era of easily-available information and increased food and environmental awareness has noticeably shaped the way food manufacturers market products. Consumers are not just satisfied with a healthy label, but are also concerned with how a product is packaged. How sustainable is this product? Are there additives or chemicals to be worried about? What is the manufacturer doing to help the environment? Questions like these are ones that food manufacturers must not only answer, but make transparent to customers. Rebranding and re-imaging is becoming increasingly important as customers expect evermore from products. In some cases, rebranding can be complex and tedious, but in others, such as Kraft’s A.1., all it may take is a change in perspective about how to use a product.