Avian Flu Has The Food Industry Walking On Egg Shells 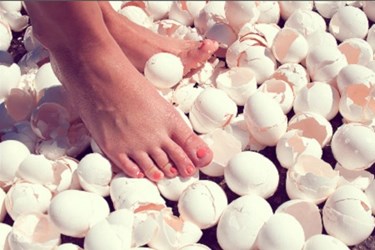 In the face of the worst outbreak of avian flu in U.S. history, companies throughout the food industry are searching for ways to adapt to the significant contraction of the domestic egg supply.

The current avian flu outbreak has been destroying flocks and generating concerns throughout the industry. With over 200 confirmed cases of the H5 avian influenza confirmed by the USDA since December, this outbreak is the worst seen in U.S. history. The majority of farms affected are located in the Midwest, and data indicates that upwards of 46 million chickens and turkeys have been infected. An outbreak of this scale is uncharted territory for the industry, and those affected are doing all they can to mitigate losses.

Over the course of two months, roughly 12 percent of the U.S. population of egg-laying hens has been compromised. Furthermore, the “breaker” market of eggs cracked open and made into processed product for food companies has taken a devastating hit, which has caused egg prices to soar to record highs. The impact in this market has forced manufacturers to turn to intact eggs that would otherwise be cartoned and headed to grocery stores.

The nation’s largest food distributor, Sysco, has issued warnings that its supply of layer hens and eggs will be limited for the next year to 18 months. Post Holdings originally estimated that the avian flu would affect 35 percent of its egg supply, but has since reduced that estimate to 25 percent in light of unconfirmed flu findings and a lifted quarantine in Nebraska.

While farmers in the affected regions have felt the negative economic impacts of the avian flu, some egg producers outside of those regions are reaping financial benefit. One such company is Cal-Maine, a Mississippi-based producer that has seen its stock climb 50 percent over three months thanks to continuing improvements to its bottom line.

For food manufacturers that rely on eggs to create their products, there is little benefit to be found. Due to the shortages, many of these manufacturers are exploring the option of plant-based egg alternatives. For producers of egg alternatives, such as Hampton Creek Foods, the avian flu outbreak has opened the door to opportunity.

The option of vaccines is being explored, but at the beginning of June, the USDA issued a statement that it would not be making use of any existing poultry vaccines to combat the outbreak. Some of the reasoning behind this decision includes lack of effectiveness and a likely loss of markets for U.S. poultry products. According to the statement, “Vaccines currently available are not well matched and do not meet a suitable level of efficacy. USDA also wants to be sure that the vaccine industry is in a position to produce enough doses to create an effective control measure. Finally, additional outreach with trading partners will be required to avoid significant market disruptions."

Researchers are working toward developing a new vaccine to prevent the outbreak from spreading further, but not all poultry farmers are interested in a vaccine. While farmers in regions heavily affected by the outbreak are ready to embrace a new vaccine, producers in unaffected regions are lobbying the USDA against approval, claiming they want further research and testing. Additionally, many European countries — comprising a $5.7 billion market — are refusing to purchase any poultry from the U.S. that has been treated with anti-bird flu vaccine. Interestingly, due to a restriction on exports, the prices of chicken meat in the U.S. have actually been lower due to a plentiful domestic supply.