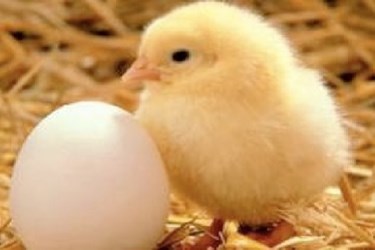 If strong, healthy, female chicks are of value to farmers and hatcheries, they are grown to a suitable size and then transferred to a laying facility — which could be a caged, free-range, or barn set-up. Male chicks, on the other hand, are considered an unwanted by-product of egg production and are killed and disposed of shortly after birth. The world's third-largest consumer goods company is taking a stand against a widely used, but little-known practice within the egg industry: the killing of day-old male chicks deemed worthless for egg production.

Since only female chickens lay eggs, the egg industry doesn’t have any use for the male birds. Its solution is to treat these chicks like garbage: millions of baby birds each year are gassed, suffocated in plastic bags, or ground up alive in a process they call “maceration.” Quick maceration ensures the chick is killed within a second, and, if carried out effectively and competently, this method is considered more humane than gassing with high concentrations of carbon dioxide. Gassing results in gasping, head shaking, and, depending on the mixture of gases used, it may take up to two minutes for the chick to die.

Animal welfare has been one of Unilever’s core sustainable agriculture indicators since 2005. The company has several ongoing initiatives involving animal-derived ingredients including cage-free eggs in Hellmann’s mayonnaise and the Ben & Jerry’s Caring Dairy program that sources milk for ice cream. Unilever — which purchases more than 350 million eggs each year in the U.S. — is the first and only major egg user to take a firm stance against this practice. Its announcement is the latest in a series of industry-leading animal welfare policies that have won Unilever accolades from farm animal advocates around the world.

Unilever's position, which the company has posted on its global website, is a pledge to work with egg-industry leaders and the animal-welfare community to use R&D resources to develop and implement alternatives to the current industry practice. Specifically, Unilever will provide financial support for research and market introduction of in-ovo gender identification technology. By determining the gender of embryos long before they hatch, in-ovo sexing will eliminate the need to incubate and hatch male chicks, sparing millions of baby birds each year from the stressful process of manual sexing and killing. Unilever's position also highlights its exploration of egg-replacement ingredients for its products.

This announcement follows a 12-week consumer education campaign from Farm Forward and dialogue between Unilever and animal protection organizations including Compassion in World Farming, The Humane League, and The Humane Society of the U.S. Farm Forward has a history of bringing together disparate interests toward the common goal of reducing suffering for farmed animals.