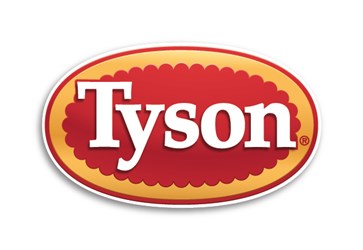 Tyson, in a recent position statement, announced it will no longer use medically-important, human-use antibiotics at any of its 35 chicken hatcheries. The company touts a commitment to healthy animals, and therefore to healthy food. Its website states it’s been working since 2011 to reduce the use of antibiotics, in both poultry and livestock, that are also used in human medicine.

This latest announcement only pertains directly to its hatcheries; though Tyson is researching alternatives to antibiotics currently in use on its farm-raised chickens for slaughter. Tyson says it is committed to eliminating all human-use antibiotics from its poultry feeds, and therefore its farms.

Within two days of Tyson’s statement, the FDA released its report on the sales and distribution of human-use antibiotics approved for use in food-producing animals during 2012. The report notes that there was no appreciable change in the percentage of medically-important antibiotics sold over-the-counter (OTC), though those requiring prescriptions saw some significant changes.

The FDA’s Guidance for Industry (GFI) #213 provides recommendations for drug companies who produce these antimicrobials to voluntarily align with the FDA’s GFI #209, published in April of 2012.  Under these guidelines the drug industry will be required to comply with revised labeling requirements, removing the “growth-related” uses from its labels. Additionally, therapeutic use for these medically-important antimicrobials will require veterinarian oversight. The deadline for compliance is December of 2016.

In recent history, the Centers for Disease Control and Prevention (CDC) has been critical of the FDA for its lack of focus on curtailing routine, medically-important antibiotic use in animals raised as food. We’ve also heard from the American Medical Association (AMA) regarding the declining effectiveness of the same antibiotics in humans, as well as consumer advocacy groups. This has been a hot-button topic for years, with cases brought against, and appealed, won and lost, with the FDA at its center. The momentum, however, has been largely forward, albeit with most food-animal producers kicking and screaming all the way.  The outcome is now inevitable; kicking and screaming has given way to figuring out how to remain profitable while adapting to these critical changes. If we only knew then, what we know now…