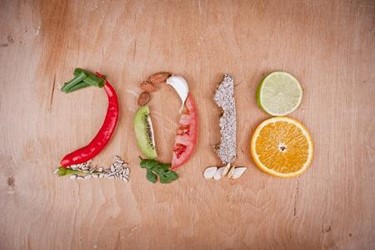 I can hardly believe we’re at the end of 2017; what a year for food safety! In reflection, it was challenging to identify key food safety issues having a pivotal impact on food safety. That said, I believe the Neumann Risk Services (NRS) Top 5 Food Safety Topics identified below brought revolutionary changes to the way the food industry tackled food safety issues in 2017 and will alter how we approach food safety and how we do business in 2018 and beyond.

There’s been a notable increase in Listeria outbreaks both domestically and internationally in 2017, or at least the appearance of such due to heightened media coverage and food agency focus. Very recently, South Africa was struck with a deadly outbreak of Listeria, likely to be foodborne yet still under investigation at the time of this writing, killing 36 and rendering approximately 600 ill; the vast majority in three provinces.

Another 2017 Listeria monocytogenes outbreak involved Vulto Creamery of New York, involving raw-milk cheese, a product known to be susceptible to Lm. The raw-milk cheeses were distributed nationwide, with most being sold at retail locations in the northeastern and Mid-Atlantic states. Eight people infected with the outbreak strain of Listeria were reported from four states. All eight people were hospitalized including one illness in a newborn, as well as the two people who died from this outbreak. Epidemiologic and laboratory evidence indicates Vulto Creamery was the likely source of this outbreak. The company recalled all lots of its raw-milk cheese products.

It’s no wonder the FDA, and other regulatory agencies, are concerned about Listeria and its virulent forms, such as Listeria monocytogenes (USDA-FSIS has had what is known as the LM Rule in place preceding FDA’s Guidance). About 1,600 people are infected with listeriosis each year, and about 260 die, according to the CDC. Listeria monocytogenes causes listeriosis. Symptoms can include fever and diarrhea just like several other foodborne bugs, but Listeria can also cause headache, stiff neck, confusion, loss of balance, muscle aches and convulsions. Certain people are at greatly-increased risk for Listeria infections: the elderly, people with a weak immune system, pregnant women and their newborns.

Not yet a member of Meat and Poultry Online? Register today.