CSPI Expands Its Salmonella Petition To The USDA 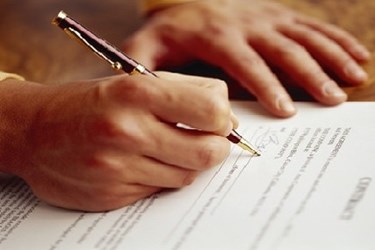 Originally filed, and consequently denied in May of 2011, CSPI petitioned the USDA to declare some antibiotic-resistant strains of salmonella an adulterant

The Food Safety and Inspection Service (FSIS) answered a three-year-old petition filed by the Center for Science in the Public Interest (CSPI) by requesting proof. FSIS wants irrefutable and scientific proof that the antibiotic-resistant (ABR) strains of salmonella are more dangerous than any other strain. Now, seemingly in answer to FSIS’s reluctance to take this next step, the CSPI has filed another petition. The new filing expands the parameters to include all meat and poultry products, not just ground beef and poultry as in the original petition.

Citing the two, most-recent outbreaks of ABR Salmonella Heidelberg linked to Foster Farms; CSPI says it should be a wake-up call for the USDA. Declaring these strains an adulterant provides the USDA, the FDA, and FSIS with the ability to issue a recall in the offending company’s behalf. Current procedures do not allow for that eventuality, allowing chicken processors to delay issuing a recall for salmonella-tainted chicken products.  Beginning in March of last year, the outbreak was not officially declared over by the Centers for Disease Control and Prevention (CDC) until July 31 of this year. The public clearly did not understand Foster Farms’ ability to escape the consequences of a massive recall; this frustration leading to more questions than answers.

Granted, the relationship between the USDA and the CSPI is a contentious one. One report examined 35 years of food scares promoted or launched by the CSPI. Nearly 100 food scares were evaluated and 91 debunked. The publisher of JunkScience.com, Steven Milloy, accused the group of “irresponsible alarmism and junk science — not to mention excessive farce.”  One government agency or another was at the center of each and every allegation. CSPI is definitely guilty of “calling wolf” one too many times, which is problematic, especially when a valid issue is being debated.

ABR Salmonella is a fact of life. Four strains have been identified: Salmonella Heidelberg, Typhimurium, Newport, and Hadar — all of which are cited in the petition. The CSPI strongly suggests the USDA adopt the same approach as it did for E. coli O157;H7 in 1994 and the six shiga-toxin-producing E. coli in 2011. As used to be the case for these E. coli strains, a certain limit of Salmonella is allowable, the argument being that cooking the food to the proper temperature destroys the pathogen. As stated in this article, FSIS Wants Proof Of Antibiotic-Resistant Salmonella Strains Being Exceptionally Dangerous, Consumer Reports found that more than half of 300 raw chicken samples tested positive for fecal contaminants. These fecal contaminants are the source for Salmonella. More troubling, of the positive-chicken samples, half of those tested positive for at least one ABR-Salmonella strain. Each of these strains is resistant to three or more commonly-prescribed antibiotics ordered to fight the pathogen.

Isn’t the fact that these strains are resistant to the most-commonly prescribed antibiotics proof enough that these Salmonella strains are more dangerous? Doesn’t it make sense to put differences from the past aside and examine CSPI’s petition on its merits? The public’s health and well-being must be the top priority, and in this instance, the existing, scientific evidence speaks for itself.