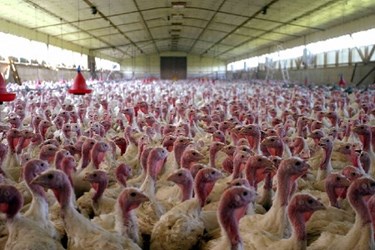 Back in December, the FDA announced a three-year voluntary plan to reduce the use of antibiotics in livestock. In an announcement this week, Cargill’s says its Honeysuckle White and Shady Brook Farms brands are now the first major turkey brands to remove growth-promoting antibiotics from all turkeys across the independent farms they work with, without charging a premium price.

Health officials at the USDA say the use of antibiotics in livestock, along with their widespread use in consumer products, may lead to a growing number of antibiotic-resistant conditions and diseases. Cargill collaborated with the USDA to develop a three-part verification process for turkey production that exceeds all current government and industry standards. The standards for verification process include:

“Consumer research tells us people are more interested than ever in where their food comes from and how it is produced,” says Ruth Kimmelshue, president of the Cargill Turkey & Cooked Meats business. “We believe ending the use of antibiotics to promote growth in turkeys is an important step that provides consumers with nutritious and affordable options.”

Pharmaceutical companies — which include Eli Lilly & Co's Elanco Animal Health unit, Bayer Healthcare’s animal health division, and Zoetis — have agreed to start the process of removing any growth promotion claims on products' labeling, according to the FDA. This labeling shift will ultimately mean that while farmers, ranchers, and other agriculture groups can continue to use such drugs to treat sick animals, they will be banned from using them for promoting growth in livestock.